What’s On Your Work Desk? Wednesday #291

Been missing in action. Apologies all but December was busy. Post Christmas I am now luxuriating in the total lack of pressure and things to be done. Work on Friday may come as a bit of a shock!!

Anyhoo here’s my desk. A few ‘bits’ I have promised myself I will sort today to the left (they have been sitting on a shelf for a whole year). 1 birthday card to be finished, just need to add the name. Oh yeah and a mask to make for my daughter’s NYE party tonight. (OK a little bit of pressure). 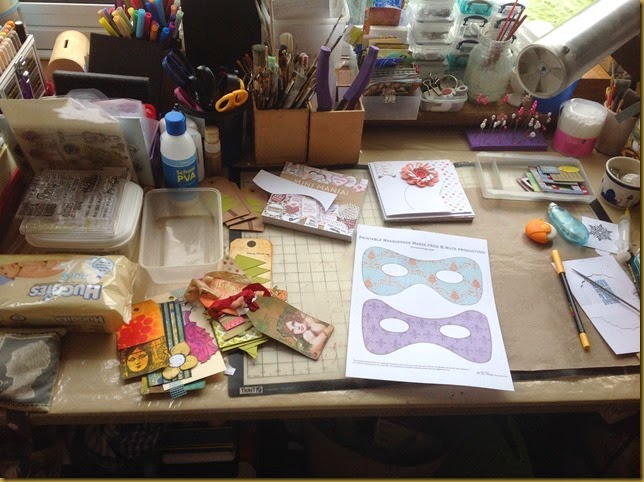 I would love to go the whole hog with it but I wear bins so can’t see me with a proper mask it’ll have to be on a stick. And I know no one will be wearing them after the first 5 mins so I refuse to make a big fuss. I will post a pic of the one my husband has bought. It’s proper venetian like. Nutter.

Why am I showing off my desk? Well get on over here and find out. Join in even. You never know who will pop in for a visit.

Is there anybody out there?

Well I have been sooo absent just lately but tell you what – I don’t care!! I have had a wonderful December and I’ve been really busy IRL, not just in my craft room!
But I just popped on to blog what I’ve been doing the last couple of days. With my birthday and crimbo cash I treated myself to a brother scan n cut so I have been playing – a bit different for me but I’m hoping there is some logic to it as hopefully I won’t buy so many dies. (yeah right). However  I reckon if I use even 30 elements that would have been a die, say at an average cost of £12 the machine will have paid for itself. Well that’s my rationalisation, not that I need it!!
I have some birthdays coming up so thought I’d make some cards using the the snc.

Used pre-installed elements to cut the words, letters and balloons. Well that’s 3 dies I haven’t got already right? (actually quite a lot more if you include every letter of the alpha………. AND you only need to cut the letters you want!) 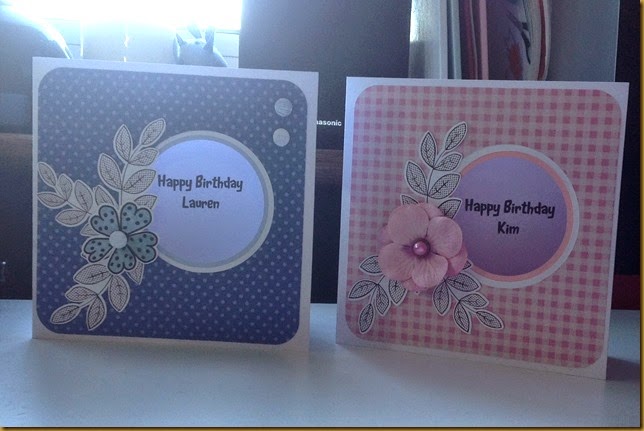 Glary photo yuck. But used direct cut for the leaves and shapes to cut the mats. Note: I was trying to avoid having to trim all the edges by getting the circles in the same place – the mats are inverted - unfortunately reducing the size of the circles doesn’t mean they reduce from  the centre so I still had to fiddle with the edges after lining up the centres. However, there probably is a way to do it I just haven’t figured it out yet. 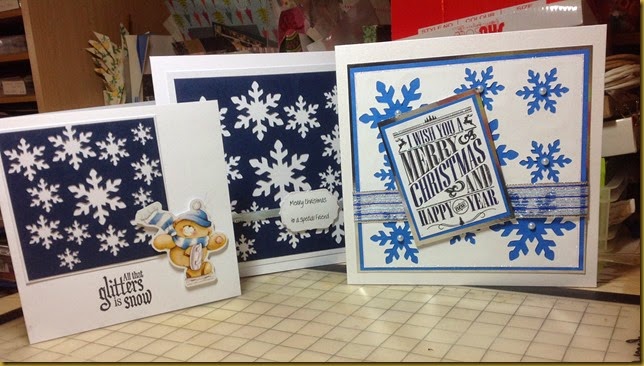 Next I thought I would try to make a  ‘stencil’ effect using pre installed snowflakes. I saved this layout and could now cut this out in duflex and make my own stencil/embossing folder.  I cut this out a few times whilst fiddling about and now have a big bag of snowflakes!! So here are err, a couple more cards using the waste/stencils. 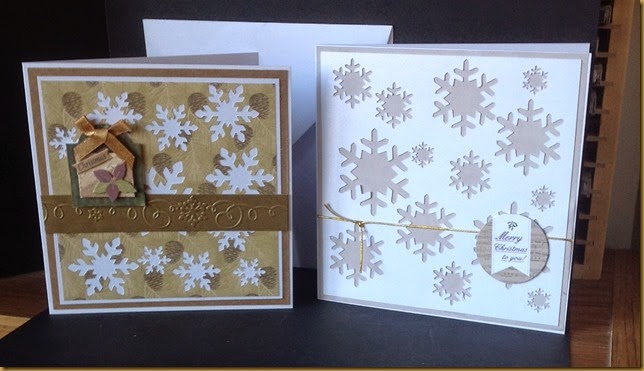 And a ‘Merry Christmas’. (Oh yeah, I am trying to get most of next year’s cards done before mid January – it sure helps in the pre-christmas rush!! Total so far: 24)
These aren’t very designery – just using up what I am cutting!! 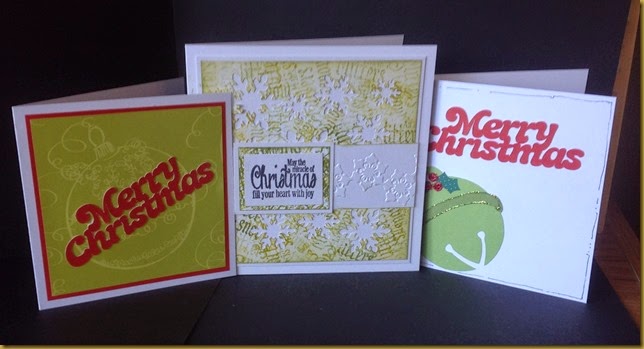 Finally I signed up to ‘canvas’ and successfully downloaded and cut out this beautiful trellis file from Monica's Creative Room. I managed this technological feat courtesy of the gentleman crafter – the helpful instructions on this blog are invaluable!! 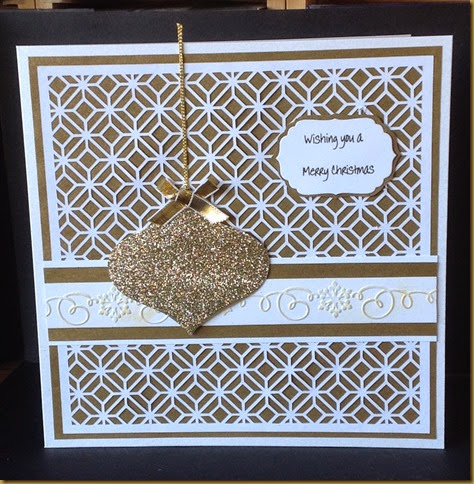 Really love this one – the background paper was from a lovely envelope that I received a birthday card in and the bauble was a gift tag from a present – so essentially made with scraps (tight or what?).
That’s it for now, will try and get back in the swing but more parties tomorrow so can’t promise. Hic. and New Year’s Day might not be too good either……….Happy New Year!!
Posted by My name is Cindy at 13:13 9 comments: