My post this week, like that of many other WOYWWERS, is tinged with sadness. The wonderful Shaz Silverwolf lost her fight with cancer last week - and she's been fighting a long time. Closer friends and better writers than I have paid tribute to her generous nature, creativity and originality - you will see as you go round. My contact with Shaz was at best oblique, confined as it was to WOYWW, a few crops, and the odd craft show meet, but it strikes me that over the years we've had more regular contact through WOYWW than I manage with some of my oldest friends IRL. She certainly felt like a friend, along with hublet Doug, and there will be a Shaz sized hole in my week from now on. Farewell dear girl.
Not a lot of crafting done with one thing and another, but here's my desk. A friend of mine has been de-cluttering and offered out a sewing machine to the group. Now, I am not really that interested in sewing but on occasion it is useful to have a machine. My current one is 30+ years old and the bobbin winder doesn't work. So I said I would take it off her hands. 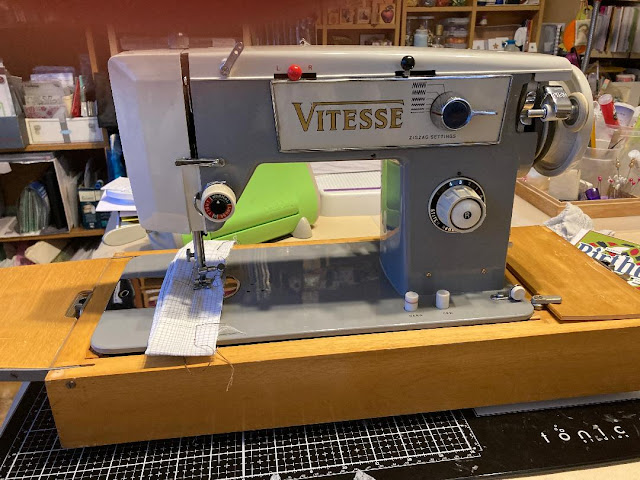 It's vintage and it's a beast of a machine considering it only does straight and zigzag. Looks in pristine condition but haven't had the guts to try and see if it works yet. It may well turn out to be an onerous benefaction but I have to admire the engineering of it. For now it's under the table and will probably stay there until I develop enough upper body strength to lift it onto the work surface again, it's so heavy.
Well that's it for this week.
Stay well, stay safe,
Love n Hugs Cindy xx
Posted by My name is Cindy at 08:56 22 comments:

What's On Your Workdesk? Wednesday - WOYWW #610

Good morning Deskers, another Wednesday arrives, cold and sunny here in London. Business not quite as usual as we have heard from Doug that the lovely Shaz is really very poorly. Our hearts, prayers and best wishes go out to them both today. 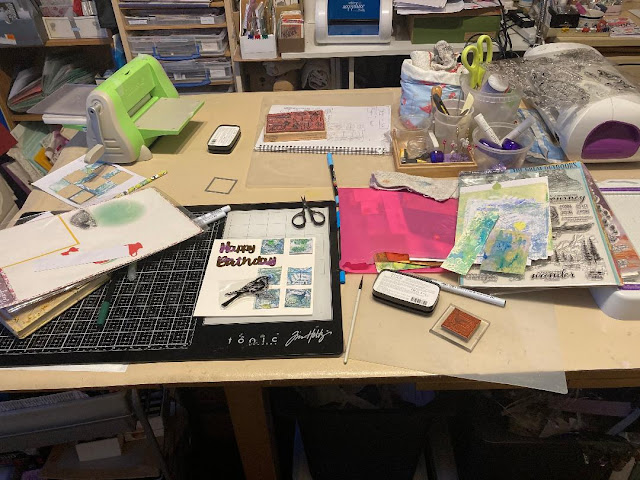 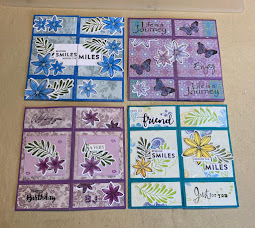 I finally finished my never ending cards from last week. They aren't masterpieces but I was playing with how to use the spaces. 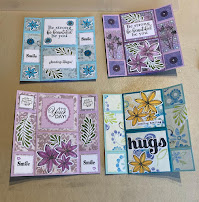 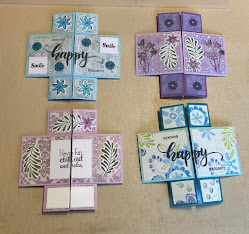 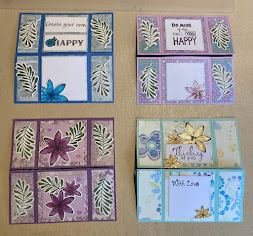 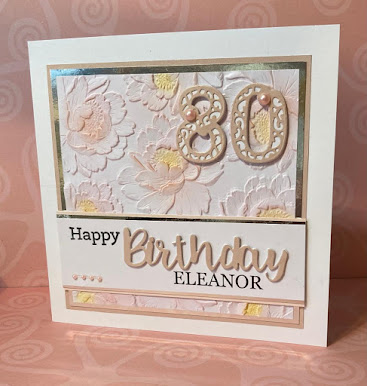 And here's a commission for a personalised 80th. A bit of a rush job this one but I still like it. Look at the depth of that embossing folder. This is a newish one from Lisa Horton (which I bought in January - I'm still on track for no February craft purchases).

Why am I showing you this? Well it's our weekly Wednesday Blog Hop - WOYWW. Here's the link to the one responsible, the lovely Julia at Stamping Ground - pop on over and join in, see what it's all about and have a go yourself.

What's On your workdesk Wednesday? WOYWW#609 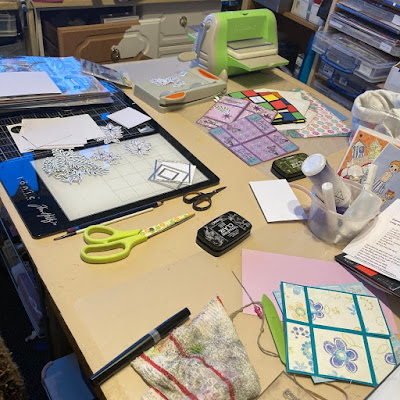 Morning deskers! Let's get straight on to the desk, here's my photo taken around 4.45 pm Tuesday afternoon - and it is still light outside!!  Longer days are on their way. It is however actually Groundhog Day as I write -  take from that you will.

Why am I showing you my desk?

Because it's WOYW Wednesday, the day when we go for a wander around the desks of the great and the good courtesy of the lovely Julia at Stamping Ground. Pop on over and join in why don't ya? 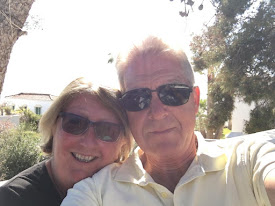 I am still getting on with those WIPS, although I have got down to the ones that require a little more thought. At the moment I am concentrating on making up some never ending cards that I cut out for courses in 2019 (had to stop myself from writing  'last year').  I really love them but get put off because I can't decide what to put on them!! I've also been doing some mass stamping and die cutting with a NBU set - and because the images are quite small I've been tearing through my white card  scrap so a win on several levels. It's a little depressing to think that after nearly a year I am still finishing off projects.  Although actually it's more depressing to think that this time last year I was in sunny Spain.
I have been seeing lots of posts about a 100 day challenge - well, I might not post on insta every day but I reckon I've been going approximately 300 days already .........

You can also see a pile of magazine stamp sets on the desk. I have quite a few it has to be said!! I like them because they are relatively cheap and cover topics I probably wouldn't buy a stamp set for - and they have lots of sentiments!! However although I have kept them together up to now I am thinking of taking off all the sentiments and grouping them in my sentiment stamp folder as hopefully it would be quicker to find them. But it's a bit of a task even though ultimately a time saver.

I've also challenged myself this month not to buy anything new, as I have indulged a little bit since Christmas - lots of vouchers and birthday money to spend - but this pile of NBUS will never get smaller if I keep adding to it. Two days in, so far so good........  I'll let you know how I get on. 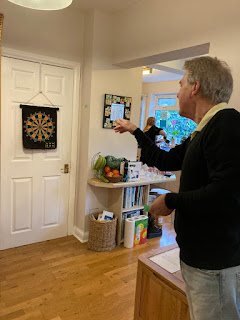 Hubby had his 65th birthday yesterday so we had a weekend of fun with a virtual escape room, a 'pub meal' on Saturday, special sunday roast and a 'pizza express' night on Monday (complete with soft jazz background music).
There may have been some alcohol involved - let's just say the recycling bin is full again. 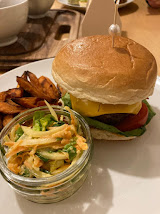 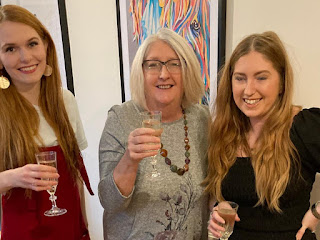 Things don't really seem to be getting any better here coronawise, numbers are still pretty high and now one of the 'African variant' hotspots is just down the road from us, which is worrying, but we carry on. So I hope everyone is staying well. Happy WOYWW, stay home if you can, stay safe.