What's On Your Workdesk? Wednesday #586

Starting to sound like a broken record - but yes, it's Wednesday again!! The last Wednesday of August - who'd a thought we'd still be in this mad situation. Hope you are all well. Out to lunch today - 2nd time in a restaurant since March!! - so I may be a bit late getting round.

Why am I telling you all this? Because it's WOYW Wednesday, the day when we go for a wander around the desks of the great and the good courtesy of the lovely Julia at Stamping Ground. Pop on over and join in why don't ya? 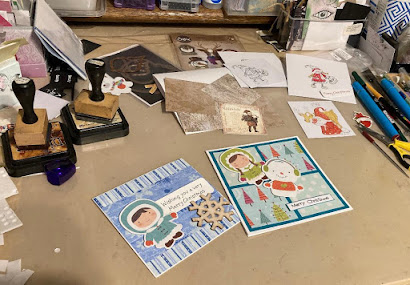 Right my desk - yes we have returned to Christmas. (To be honest I only just about finished tidying up from that online workshop on Monday, what can I say, not much has been getting done in the craft room - I think I peaked last week). Question - am I the only person who puts glitter glue on their cards and immediately plonks something on top of it? Truly, I think its a unique skill set. 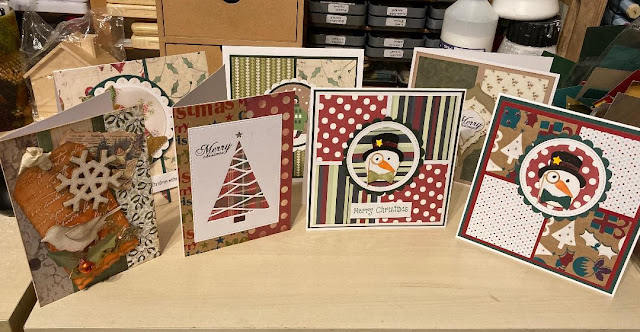 So these cards are from a pack of scraps I found in my stash which I cut into strips or squares and then made some backgrounds. Nothing particularly challenging about these but I do love using up bits. Imagine the satisfaction when I actually get around to using the 15 or so packs of Christmas papers I have in my Christmas stash. I did  manage to finally cut the TH snowman die I bought last year in a sale. Lots of bits but actually quite quick to put together. I never cut the eys for these kind of dies, they are sooo tiny. That way madness lies I think, so a bit of black pen has to suffice. 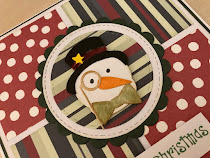 That's about as far as I've got. Oh and yes, the giveaway. I haven't forgotten. I put all the names in a hat (well a small box actually I couldn't find a hat) and CARO came out. I might have your address somewhere but you'd better confirm it and I'll get off this week. Will be in touch.

Have also been busy this week celebrating DD's 29th birthday. Here she is my darling girl. 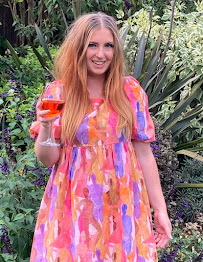 And just for fun, for those who wonder when I talk about WIPS and UFO's, here's an explanation and a few I haven't come across before. 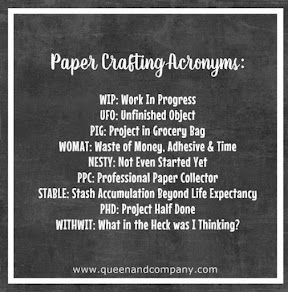 Have a good week everyone, stay well, stay safe and I'll see you in September. Eeek!!

Hello there, hope all is well with you. It's Wednesday again, really can't get my head around how that happens so quickly. I have to be honest, despite my best intentions if I don't get to you by Thursday lunchtime I'm probably not gonna make it, other things get in the way and the days just go too fast. However if you tried to pin me down I probably couldn't tell you what I'm doing........ Anyhoo, here's my desk. 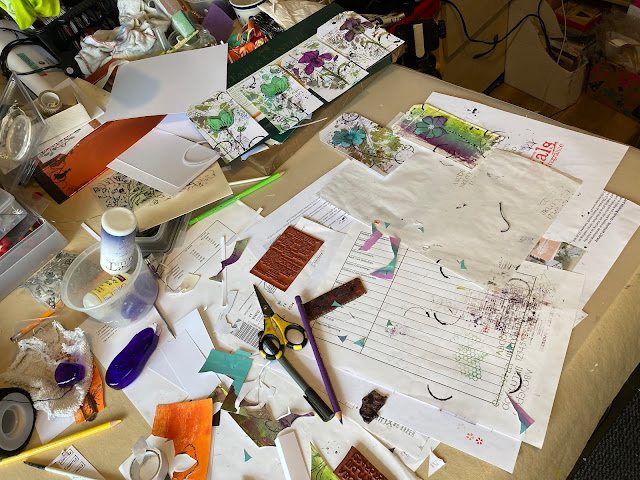 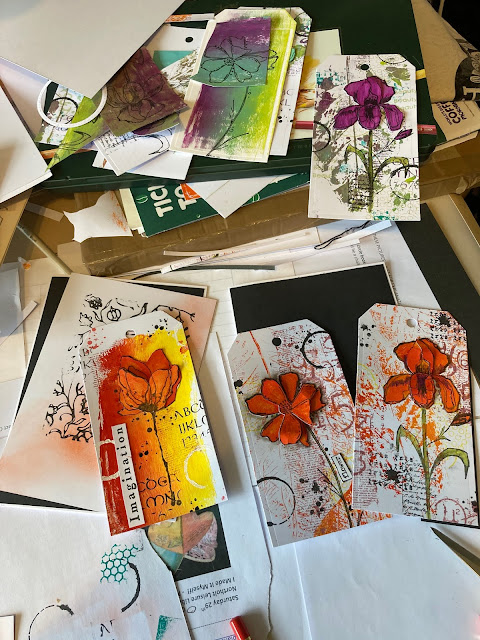 Pic as of Tuesday afternoon, as I knew I intended to tidy my room Tues evening. As you can see I have had a bit of a week of obsessing over the leaf backgrounds we did with Tracey Evans. I did so many of them (beware:- as addictive as gelli printing) I made two more books and a whole bunch of cards. They are all pretty much the same!! So I have basically been playing with the same stuff all week. 😊 Time to stop and put a few things away methinks but I haven't used all the tags yet!! (See how clean that desk is!!) 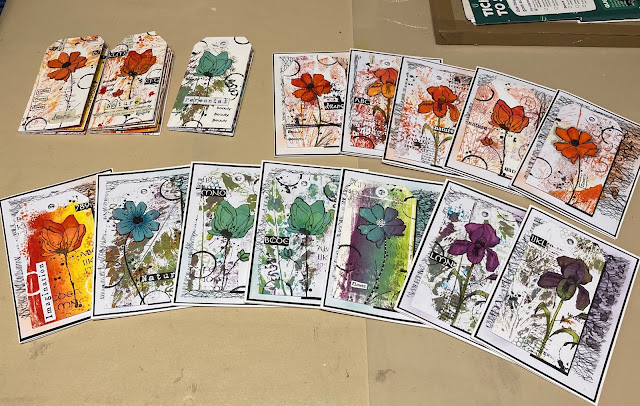 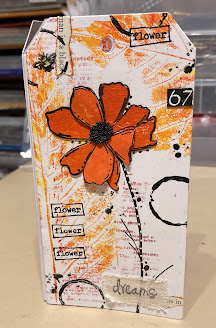 Anyhoo, I thought we could have one of the books as a giveaway.

If you want to be included please indicate in the comments, I'll leave it a week and pick someone out next Tuesday.

Why am I telling you all this? Because it's WOYW Wednesday, the day when we go for a wander around the desks of the great and the good courtesy of the lovely Julia at Stamping Ground. Pop on over and join in why don't ya?

Have a good Wednesday.
Stay home. stay well, stay safe.
Cindy x
Posted by My name is Cindy at 22:53 21 comments:

What's On Your Workdesk? Wednesday #584

Heavens, It's Wednesday again.
I've been AWOL again, I am definitely losing track of time, the plot, my mind..........
How is everyone? On the one hand I feel like I have been incredibly adventurous, I've been to visit friends, my family, I've been to a shop or two and even to the pub. But I've also sat around a lot in this heat wondering what I am doing with my life, what is happening in the world, what does the future hold, are we moving forwards or backwards and why after nearly 6 months of lockdown isn't the house sorted, all my crafting done and why haven't I managed to get fitter and 10 lbs lighter? I'd always thought I didn't get around to things because of lack of time. It appears there is a more deep seated reason than that......Don't get me wrong, I have got things done, the Christmas cards are pretty much made for this year, just a couple of special family ones to do but I got a bit sidetracked by outings and general laziness so will probably be out till the end of August. (I'm in no rush apparently).
Here's a couple of designs. 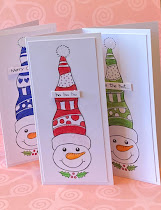 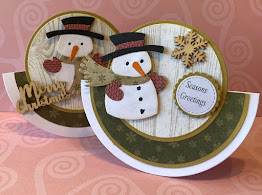 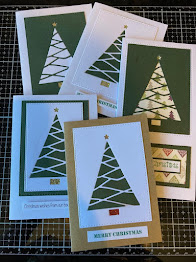 I am in two minds whether to even bother with other christmassy bits as jury is still out as to whether there will be any craft sales etc this year. Maybe I'll start on next year's cards.....
However, enough of my whinging, here is a cropped desk shot showing lots of tags:- 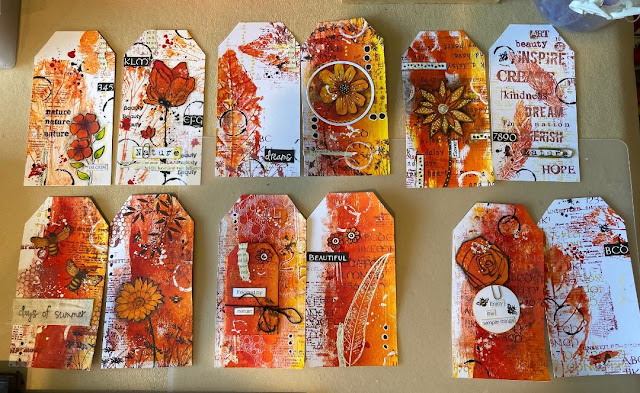 These are the result of an online workshop with Tracy Evans last weekend and it was such fun, it's really got my mojo going again. I dutifully got out all the stamps etc I thought would use prior to the class and had everything out tidily and ready for action. Half an hour in it was absolute chaos and went downhill from there. But def the most fun I've had in ages and I made some serious inroads into those NBUS as well as re-discovering stuff I haven't used in ages. (Apart from the skeleton leaves, never did find them).  It's Tuesday afternoon now and I am just about to start gluing the tags together to create a book. It will take a while. While my craft room is such a mess I thought I'd try another one, but it's soooo hot I am going at a snail's pace.......
DD went back to work today, and had to go to Camberley (which is well south of us in N London) rather than a direct trip in to paddington HO where she usually works. I feel for her as she has to take a bus and two trains and it adds at least an hour to her journey both ways even if everything actually matches up. To be fair, it was her choice to return, she could have stayed on furlough, but they asked her and she feels she needs to show willing as there will almost certainly be redundancies. What a week to have to go back to work as well!! At least one of the trains has a/c. She texted me to say she had taken a coffee and her make up to put on - then realised not very easy with a mask on!! Hopefully it won't be every day and she will be able to work from home at least 2 days a week. It also means our bubble is well and truly shattered now, and I'm not entirely sure how I feel about that. No more hugs for me.
Finally, here's a recent commission. Hand coloured with pencils which is rare for me but I quite like how this turned out. I used double sided card stock for the mat which was a different blue each side. It was the last piece I had. 3 times I cut the letters out with the cardstock the wrong way round. The air was a bit blue that day as well. 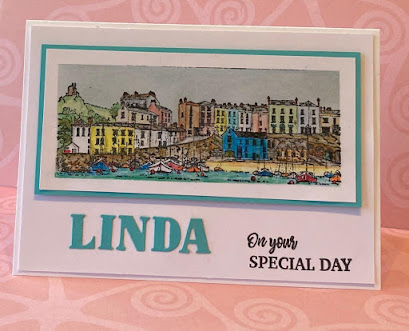 Why am I telling you all this? Because it's WOYW Wednesday, the day when we go for a wander around the desks of the great and the good courtesy of the lovely Julia at Stamping Ground. Pop on over and join in why don't ya?
Have a good Wednesday. Stay home. stay well, stay safe.
Cindy x
Posted by My name is Cindy at 08:35 15 comments: